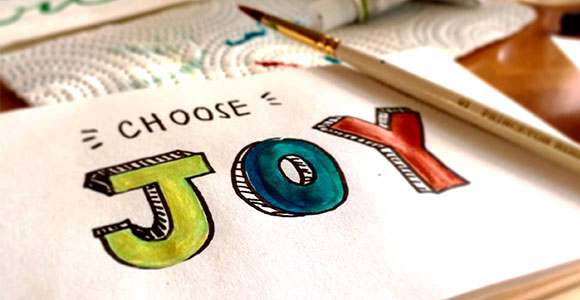 INFPs tend toward depression and it’s not really a big mystery as to why.

It’s about making choices and decisions. I think that’s why INFPs who are extreme Ps are more depressed more often than INFPs who border the J preference. A very clear P preference tends to signal an active Extroverted Intuition (Ne) function which keeps imagining a better life than the one we have. A well-developed Extroverted Thinking (Te) function which moves us towards the J preference balances the Ne idealization by helping us organize, plan and carry out our dreams.

A main cause for unhappiness is that I don’t think INFPs can define “happy” in measurable terms. Happiness is some vague ideal like Truth. It’s the overactive Ne mental function that keeps changing our definitions of happy. It’s hard to achieve a goal that can’t be defined. However, I do feel that most INFPs grow out of that phase as we get older and our Te function gets more developed. Our definitions for happiness become more concrete because we realize we’re running out of time. Unfortunately, the goals we finally set for happiness tend towards unrealistic which starts effecting self-worth.

That’s the other reason for depression: self-worth issues. How does a person know their own worth? It’s very simple.

Our worth is measured by how well and how often our actions match our values and our view of ourselves.

INFPs spend so much time analyzing themselves that for the most part we know who we are as a person. Unfortunately, the doing is the hard part. Behavior doesn’t match self-image. Some of it has to do with making choices which INFPs are loathe to do. When our Te function makes a choice, our Ne function feels like we’re being deprived of all those other possibilities. Some of it has to do with society. Not everyone can be a famous novelist or the next Jackson Pollock even though we might see yourself as one. Society is not a meritocracy.

I think INFPs have more of a need to feel special than any other personality type. Our Introverted Feeling (Fi) holds on to deeply rooted values and our Ne function shows creates these dreams of this ideal life that expresses those values. We see ourselves as special and our behaviors– 9-5 McJob, worrying about the bills — don’t really match or view of ourselves. So to compensate, we master obscure hobbies, read Baudrillard, take up belly dancing or travel to exotic locations because we need to be part of the select few.

Even more insidious, is that we create these convoluted belief systems to explain to ourselves why our place in the world is the way it is. However, entropy is always prevalent. Life ends up being average over the long run because the big highs and the low lows take too much energy to maintain. So we end up with this lingering depression, like cough you can’t shake even though you’ve gotten over your cold.

Whether life has meaning is a belief. It’s also a belief that only works if you consciously make a decision to believe it. Because the next step after belief is acting upon that belief.

All those random things that may be unjust, unfair or undesired have no meaning. Events in themselves have no meaning. It’s the interpretation of events that bring meaning. If one chooses to believe that life has meaning than the next action is to interpret events to give meaning. Otherwise, everything is random and we’re screwed.

Look at it this way, any belief system has to be supported by the environment. I had an acquaintance who’s no longer a vegetarian because he climbed Kilimanjaro. He didn’t have a life changing experience at the top. But in that part of Africa as part of the tour, he had a choice between chicken or starving. His environment did not support his belief in vegetarianism.

When you beliefs don’t match your environment you have 1 of 3 choices:

Unfortunately, beliefs about meaning and happiness relate to the environment known as “Life”. We can’t change our environment without dying so we have to change beliefs and act on those beliefs or suffer.

I think the number one belief about life and meaning that INFPs have that causes grief is this: INFPs think that they have to find meaning in their lives.

Or so I’ve chosen to believe. I can’t say I’ve ever regretted making that choice.

32 Responses to “Happiness is a choice and so is unhappiness”