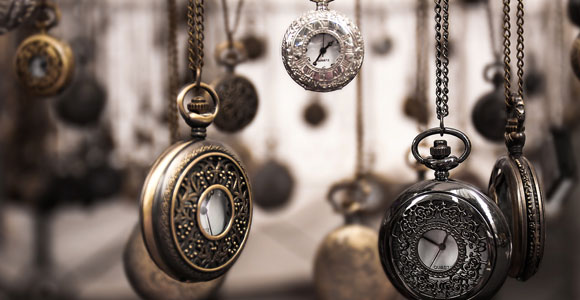 In 1989 at age 19, I found Please Understand Me and Type Talk in the psychology section of a B Dalton bookstore, a popular chain that no longer exists. I had recently moved out on my own, serving popcorn at a movie theater to pay rent. At that age, poor communication skills and an inadequate understanding of people kept me isolated.

Growing up introverted with the same group of D&D friends through middle school and high school doesn’t push you to learn better social skills. As always, I turned to books to find answers, but my real answers didn’t come until 11 years later.

The books were a great start, helping me type myself as INFP. They gave me an understanding of typical behaviors of other types and how to communicate with them. I special ordered a copy of Gifts Differing which had the medians and stats I wanted but what I didn’t have was practical knowledge.

Then came Yahoo! Groups in 2000. The INFP discussion board had a massive jump in popularity within months with thousands of posts so I was able to get first-hand accounts of how other INFPs experienced their lives. Friendster came in 2002 with an INFP group starting almost immediately. Then Tribe and MySpace in 2003. Often the stories and conversations from INFPs in their 40s and 50s were the same — loneliness, divorce, jobs they hated, financial debt and instability, no real friends and general unhappiness. The pattern I saw was not enough forward thinking about the consequences of choices they made earlier in life.

From my observations of INFPs over the years, their choices didn’t necessarily seem like bad choices, just INFP typical choices that usually don’t work out long term. I needed to make different choices if I didn’t want the same result.

Thirty years later, I’ve avoided most of the pitfalls that beset many INFPs. I credit escaping serious setbacks to understanding and developing all four of the INFP cognitive functions Fi-Ne-Si-Te. Using both thinking and feeling, both sensing and intuition to complement each other makes it much easier to create a life that aligns to my values. I never became the next Stephen King like I wanted in my early 20s, but I’m okay with that.

Here’s what I think I did right over the last 30 years:

The best things in life are free. The second best things, like traveling or health insurance, require money.

I don’t like what the monetary system has evolved into and the way the fractional reserve system keeps shrinking the middle class and widening the divide between the haves and have-nots. However, I grew up poor with seven people living in a two-bedroom 800 sq ft house so I remember what not having money was like.

Anything important, I spend time learning about. How does money work? What system should I use to manage personal finances? I read books. I attended seminars. I found a budgeting system that worked for me and followed it. I started investing in my late 20s.

Your relationships with money is like any other relationship. Anything or anyone that you denigrate, ignore or hold contempt for will not stick around.

When I didn’t know how to meet people, it was easier for people to meet me. Regulars feel safer to approach. I discovered I liked dancing at age 21. Actually, I love dancing so I went a lot.

If you show up anywhere weekly for 20+ years, people will talk to you even if you try to rush out as the lights come on. For the first six months, no one spoke to me, but I didn’t go to meet people. Then one night, someone intercepted me as I was making a beeline to the door at closing and complimented me on my dancing. She introduced me to her friends. A year later, there were a dozen of us that went out together.

Over the last 15 years, I’ve slowly met people who have become friends, not because I intended to make friends. They were people whose company I enjoyed and if you see and talk to people weekly for years and years, friendship happens.

Even now, I meet people because I’m a regular. I volunteer at a WordPress Meetup every 2nd Tuesday fixing broken web sites. I do photography at several monthly events. I’m don’t go to meet people.

Helping people who can’t afford to fix their websites makes me feel like I’m doing something worthwhile with my expertise. And I love photography, which I’ve done weekly for almost over a decade. Maybe over the next decade, some of the people I meet become friends.

I had to move away from Result-Oriented Personal Development which is more geared for Te inclined personalities. Result oriented methodology starts with you write down your goals and then figuring out a step-by-step plan to achieve them. As Fi-dominant, goals that felt right in my 20s weren’t what I wanted anymore when I was in my 30s with kids.

Those goals in my 20s didn’t feel right anymore as my circumstances shift. However, my highest values — growth, freedom, connection, creative self-expression — were still the same.

Resulted-Oriented focuses on What and then figuring out How to get What. Value-Oriented Personal Development starts with How in order to clarify What.

What career should I have that I’m passionate about?
What relationship do I want to have?
What should I do to make myself happy?

If growth is a top-value, how do I continue to learn and grow so I don’t become bored with work or with anything I do?

If connection is a top-value, how do I create connection with anyone, not just people I’ve known for years who have busy lives that I don’t see as often as I like?

If freedom is top-value, how do I create more choices for myself in an economic system that requires a job?

Value-oriented personal development is about taking those things that I do in my life and figuring out how to align them with my values. It’s about a journey worth having, not a specific destination.

The MBTI is one of my favorite personal development tools out of the many that I use. What I like is that Jung’s theory gives me an idea what to do next.

For the first part of life, relying heavily on the main INFP functions Fi-Ne and exploring different ways of using them gives INFPs the most progress. However as INFPs get older, Fi-Ne will only take us so far and we have to give more attention to Si-Te to get a different way of observing and interacting with the world in order to progress.

After 30 years, I think I’m at the limit of what I can learn about how Fi-Ne works within myself.

Si tells me that I don’t have the unlimited time that I felt I had in my 20s. Te tells me maybe it is time to make a list of the most meaningful things and focus on those finally.