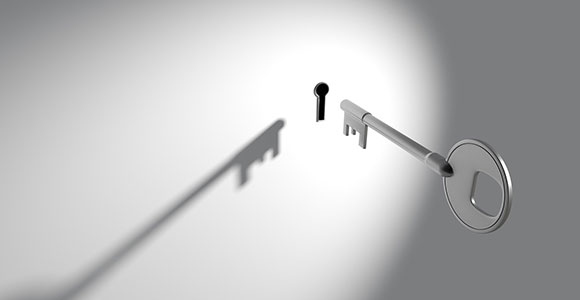 Success is the achievement of a desired outcome. Whether it’s to become a bestselling author or getting the world to leave you alone, success requires actions to achieve those goals. So why do some INFPs get better outcomes then others?

Whatever it is we want to achieve, INFPs have four qualities that bring us closer to our goals. It’s these qualities if nurtured, bring us better outcomes.

For example, when I was learning a new martial art, I’d observe the black belts. This is the Ne function gathering information and seeking a pattern in it. Something about they way black belts stood, moved and looked gave me a sense of what doing the technique correctly would feel like. When I did the technique, I’d compare how I felt with how I thought it should feel. If I felt off, I’d ask the instructors if I was doing something wrong. Almost always, I was. The wrongness I felt was something basic like my center of gravity being too high or my weight shifted wrong.

Other INFPs have commented that they always know when something is off in their life, even if they don’t know why. Our Ne function is observing our life and seeing when something is off which is why I think INFPs learn quickly. We often know right away when we’re doing it wrong so we can correct mistakes.

Successful INFPs nurture the Introverted Feeling function to trust what their Ne function is telling them in order to make changes. When INFPs take action with our Extroverted Thinking (Te), both our perceiving functions – Extroverted Intuition and Introverted Sensing (Si) let us know immediately if our gut instinct was right. Knowing if we were right or wrong about our instincts improves our chances of being right the next time.

One caveat: The Fi function is great for decisions about our internal world like deciding the kind of person we want to be. However, it can be suspect at decisions about our external world. Our Ne function tends to project ideal qualities and outcomes onto people we like, careers we want and dreams we pursue. Those projections feel right to our Fi values but then we get disappointed when reality proves those feelings to be untrue.

However, when our Fi driven gut instinct is wrong, Success Quality 2 bails us out.

2. INFPs are knowledgeable or excel in at least one thing.

INFPs come off as dilettantes because our Ne function always coaxing us to try new things. However, every INFP I know is good in at least one skill. That skill ranges from writing to photography to programming.

We base our self-worth on that one thing. I think it’s our inferior Extroverted Thinking (Te) balancing out our dominant Introverted Feeling (Fi). Our Fi mental function holds tightly to an Ideal Self that our Ne function has created. That ideal embodies our deepest values but those deeply held values can’t get external validation without some type of external expression.

Everybody needs a sense of connection and belonging. For INFPs, a part of the connection comes from another person validating our values. Getting good at a skill is that external expression of our values. It’s our Te mental functions way of proving our Fi values aren’t all in our heads.

That skill becomes our anchor in the rough seas of self-confidence. INFP self-confidence exists on shaky ground. Bad results from day-to-day living knock us around. However when bad things happen, it’s harder to knock INFPs completely off when we can fall back to our anchor skill.

We can say, okay my life sucks, but at least I can still take a good photo. So my boyfriend/girlfriend dumped me but I’m going to write the best short story from it. That one thing we’re good at gives us an anchor to hold on to until the storm passes. That anchor keeps INFPs from being knocked off course when bad things happen.

I don’t know any INFPs that go on drinking benders, or sell everything and move to Tibet, or trash our belongings with baseball bats when things don’t work out. INFPs withdraw. INFPs do our one thing until we get our balance back. When the storm passes, we realize we aren’t as far of course as we thought. We pull up anchor and start moving again towards our goals.

Strangely enough, the best way to nurture that one good thing is to be good at another thing. Anything that constantly bails us out suffers strain. If writing is your constant that keeps you going during bad times, eventually that pressure to write to ease stress will leave you with a blank page. If you’re good at more than one thing, you can divide your stress, your self-worth and your need for safe harbor between multiple things.

Sometimes, we make bad decisions happen and we can’t keep running away from the outcomes of those decisions. So what keeps INFPs from repeating the same bad decisions? Success Quality 3.

3. INFPs are adaptable without losing sight of our ideals.

INFPs get hurt all the time. The reason why INFPs don’t stay hurt forever is because being bored is worse than being hurt. Our Ne function that loves seeing new possibilities can only mope for so long. Getting back up and risking a new hurt is more interesting than staying the in same place. Ne gets bored easily.

We nurture our adaptability by focusing on our original goals despite failure. Our Ne functions comes up with different actions we could take to produce better outcomes. We stop adapting when we give up and go after different Rewards because we failed at getting what we wanted.

Thankfully, Fi value orientation keeps us from wandering aimlessly from goal to goal. Our Fi function resists becoming someone we’re not.

Life is going from one set of problems to a better set of problems. When we first move out, one of the big problems many people encounter is deciding between mac and cheese and Ramen noodles. I don’t think anyone wants to have that problem when they’re forty. You move from mac and cheese to figuring out long-term career goals to deciding how you want to grow older.

Better problems require two steps, solving the old problem and embracing new problems. Both of which require Success Quality 4. We can’t do the same thing and expect a different result, but we end up doing the same things because we don’t know better. In order to know better, we need new information and new skills. Our Ne function is what keeps INFP exploring the new and unfamiliar.

I don’t know a single INFP that isn’t well-read. INFPs read cross-genre. They may have a favorite, but sci-fi geek INFPs read philosophy and artistic INFPs read non-fiction. Our Ne function needs to take in new ideas. It wants new experiences whether it’s Ethiopian food or learning ballroom dancing. It’s the new that allows our Ne function to see new patterns and perspectives to help us figure out better ways to solve old problems.

Even after we’ve solved the old problem, we don’t move forward until we embrace new problems. It’s comforting being able to solve the same problem over and over, but our Ne function gets bored. The same problem keeps us in the same place.

When I was a teenager, living with parents was trying but safe. Dealing with how they wanted me to live my future versus how I wanted my life to be, created huge problems. I decided I would live my way and make my own mistakes so I chose different career goals and different activities.

I needed to make a new choice. I could I continue living with my parents, rehashing and resolving old problems about doing things their way or I could embrace new problems like moving out and figuring out if I preferred mac and cheese over Ramen noodles. So at 19, I decided the mac and cheese problem was a much better problem.

Embracing the new is scary, but we nurture our openness to the new by doing something new. Every week, I start a conversation with someone I don’t know. It’s daunting for me, but you know what’s great about the new. It’s not boring.